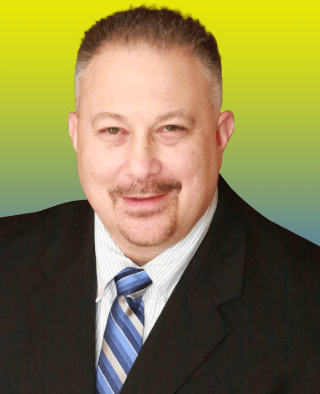 Eric Whitmoyer is a highly accomplished “no-nonsense” executive, life-coach, public speaker, author, and business consultant. He is an entrepreneur and executive leader that leverages his skills, experience, and finely-honed business acumen to vault companies to peak success. Among his many achievements, Eric is recognized as an Advanced Certified Trainer in the “Success Principles” material and methodologies by the prestigious Jack Canfield Organization.

Additionally, Eric is a certified instructor of the Culture Transformation Tools Training offered by the Barrett Values Centre. He is certified in numerous Sales Training and Sales Leadership programs. As well as publishing his book, “Success with Goals – Designing Your Life with Purpose.”

However, despite all his success in his career and other endeavours, he cherishes his role as a husband, father, and grandfather above all and is immensely proud of his whole family, including the recent additions of his grandchildren!

Early in Eric’s career, at just 21 years of age, he acquired his first distributorship with 75 accounts. Within two years he increased that business to 222 accounts and annual sales by 319%.

As a General Manager for a 165-store retailer, Eric successfully led 4 Regional Sales Managers and 200+ managers and sales representatives in 60 stores, through a reorganization that led to an increase in productivity of 94% in just 6 months. During that same time by increasing operational efficiencies, reducing turnover, and increasing new hire productivity, this equated to an approximate $1 Million in annual savings.

Eric launched his own wireless dealership, which he started with a single point of distribution. Within 2 years he was able to expand distribution to 9 locations and produce over $1 Million in annual revenue, without outside financing.
Advanced Leadership Successes

As an Executive Consultant, Eric played an integral role in leading an organization through a 21-store acquisition. After concluding the acquisition, Eric was retained to leverage his skills and oversee the newly acquired territories.

As an Executive for a 140-store wireless dealer, Eric successfully led 6 Directors and 300+ managers and sales representatives of a newly formed region to the top of performance results. For a period of over 2 years, they held the #1 Ranking almost exclusively, with an average target attainment of 124%, during a time when the dealer was recognized best in class on a National scale. This performance was instrumental in the company attaining Operating Margins of 32% and Net Margins of 19.4%.

For that same company, Eric successfully lead 9 Directors and 400+ managers and sales representatives from the worst producing region in the organization for over 4 years, to achieving the # 1 ranking and achieving sales targets by over 35%, within just 9 months after taking over the Division, more than doubling Operating Margins.
Top Producing Sales Results

As a Sales Manager Eric’s personal sales productivity was so consistent that he was always in the top 5 of the region or market he operated in. His individual performances were led by aggressive referral & small business focus that led to steady and predictable results month in and month out. His results were almost exclusively more than 150% of Goal.
As a District Manager for a National wireless dealer, he launched a customer follow-up program which resulted in an increase in sales by as much as 20% M-O-M for over 8 months, resulting in over a 112% increase in overall productivity.

While leading a sales team of 18 stores and 45 employees, he was able to increase unit sales productivity by 53% and total accessory dollars by 106%, in just 6 months.
While leading a sales force of over 200 employees, Eric introduced sales processes, store level operational efficiencies, and new hire training programs that led to improved sales performances by an increase of 94% in Activations and Upgrades, and 219% in ancillary sales metrics.

Eric includes these as some of his proudest achievements:

Served 9 Years in the Army National Guard
Graduated top of his class out of Basic and AIT as a High Honor Graduate
Qualified as Expert in multiple categories including fitness and marksmanship
Awarded the Army Achievement Medal twice in his military career. 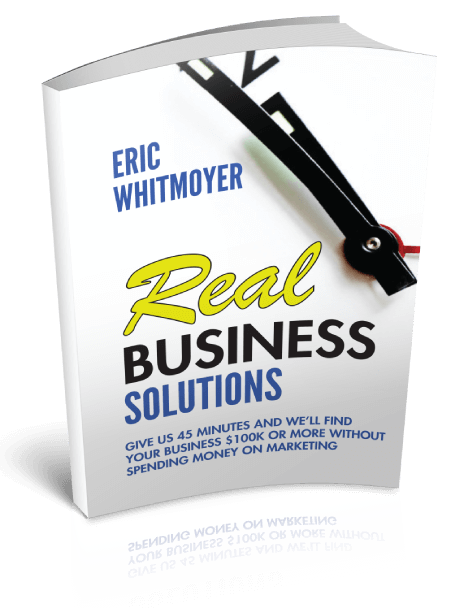 We will send you the digital book as well as our email training series on
how to build a successful and profitable business! Easy opt-out at any time.

EVERYTHING You Know About Marketing Your Small Business Is WRONG!

Simply enter your name and email below to receive instant access to the video.

You’ll receive instant access to the video as well as our email training series on
how to build a successful and profitable business! Easy opt-out at any time.

Simply enter your name and email
below to receive an email with instant access.

We will send you the digital book as well as our email training series on
how to build a successful and profitable business! Easy opt-out at any time.

100% Privacy Guarantee.
Your information will NEVER be sold or rented to anyone!

Did You Know There Is A Formula Every Business Owner Must Follow To Create A Profitable Business?

Simply enter your name and email below to receive instant access to the video.

You’ll receive instant access to the video as well as our email training series on
how to build a successful and profitable business! Easy opt-out at any time.